Posted on April 28, 2020 by marshalltownschools 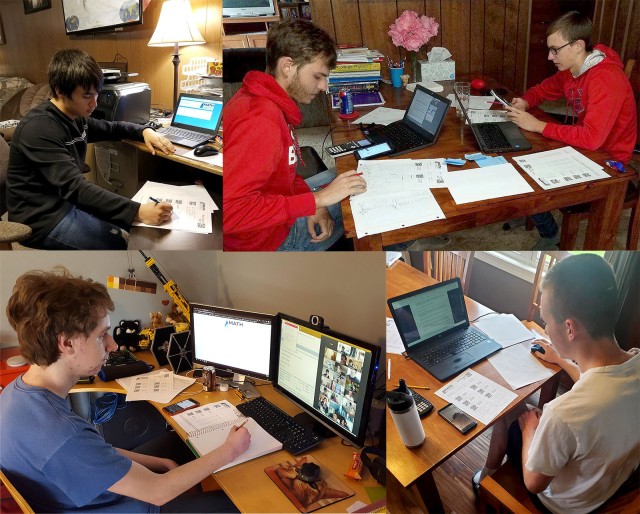 “Each student competed at their own home with their parents proctoring,” said MHS Extended Learning Program teacher Susan Fritzell. “They did collaborate as a team for the ‘power’ question, in which they met together for an hour via a video chat. Otherwise, each student was on their own for the three separate components of the contest.”

Fritzell said it is unclear yet whether the Midwest Regionals competition – originally scheduled to take place in May in Kansas City – will occur virtually this year.

This entry was posted in Uncategorized. Bookmark the permalink.