Posted on April 14, 2015 by marshalltownschools 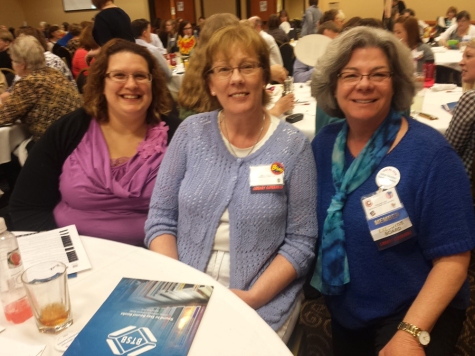 Inhelder said she was “super excited” to receive the award for MHS.
“I’m proud of the support MHS and MCSD give to our school libraries. MCSD is a leader in the state when we look at full-time librarians in all of our buildings, full-service 21st century libraries and stable library budgets in all of our schools,” Inhelder said. “It is my honor and pleasure to offer services that have a direct impact on student achievement. “

Faas was equally excited to receive the honor on behalf of Rogers.
“It is an honor to receive this award because it symbolizes the commitment that we have to the students and staff in our buildings as well as administrative support,” Faas said.

Steffa also was happy to receive the award for Anson.
“I am very excited and honored that the Anson Elementary library was recognized for this award,” Steffa said.