Posted on July 23, 2015 by marshalltownschools 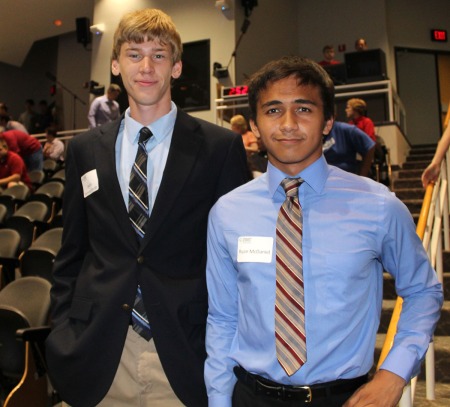 MHS students Jacob Ramsey-Smith, left, and Ryan McDaniel took part in the Young Engineers and Scientists program at Iowa State University this summer. They are pictured on the ISU campus during an awards ceremony on July 23.

An awards ceremony was held on the ISU campus on July 23 to recognize the students who participated in the program. Both students did research projects and completed posters under the mentorship of ISU faculty scientists.

The students were selected for the program after an application process.
Both will be seniors this fall at MHS and said they could pursue engineering or science in college.