Posted on November 20, 2015 by marshalltownschools 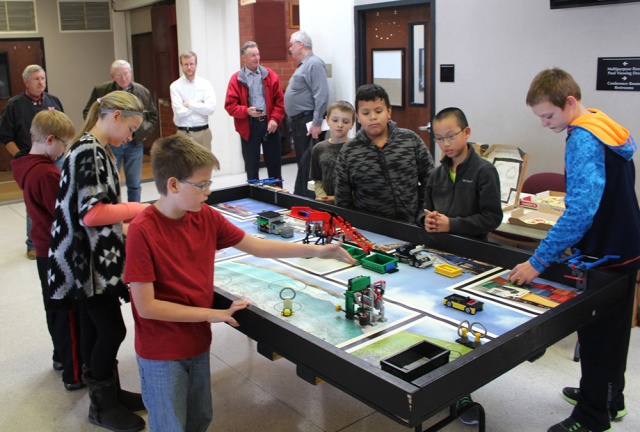 Students on the Lenihan Intermediate School Lego League team gave a demonstration to members of the Noon Optimist Club on Nov. 19.

Nine students from the Lenihan Intermediate School Lego League team presented their work to the Noon Optimist Club on Nov. 19.

Led by Lenihan Extended Learning Program teacher Vanessa Engel, the team talked about preparing for this year’s First Lego League tournament and displayed the robot they built and programmed for this year’s contest. The tournament is Dec. 5 at Marshalltown Community College.

The fifth and sixth graders are also coached by Connor Reynolds. The team meets three times a week either before or after school to work on the robot and other portions of the competition. 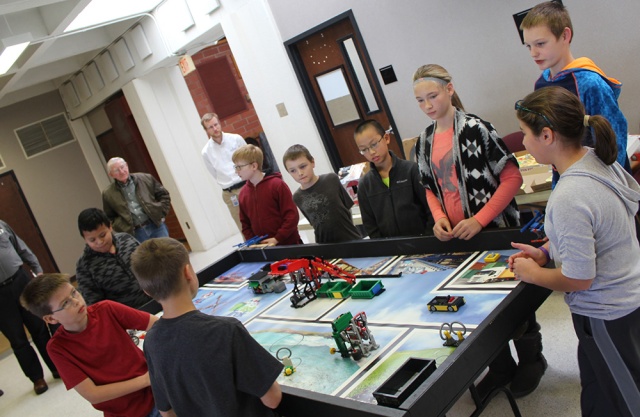