Posted on April 7, 2016 by marshalltownschools

Marshalltown High School was recognized as one of 11 high schools in the state for its implementation of the Mentors in Violence Prevention (MVP) program on April 6.

The program trains students at MHS to serve as mentors for freshmen. It started at MHS this school year and has grown to 64 mentors.

Accompanying the group was MHS Principal Jacque Wyant, teacher Laurie Rink, Bobby Dennis of ACCESS (Assault Care Center Extending Shelter & Support) and Mike Schlesinger of the Times-Republican, who is involved in the Not In Our Town anti-bullying initiative.

Rink said the student mentorship program has really made a difference at MHS.

“They are taking serious that they are having an influence on freshmen,” Rink said.

Prior to the recognition luncheon, the group of students and two MHS staff members made a stop at the State Capitol building to learn about the legislative process and tour the iconic structure. 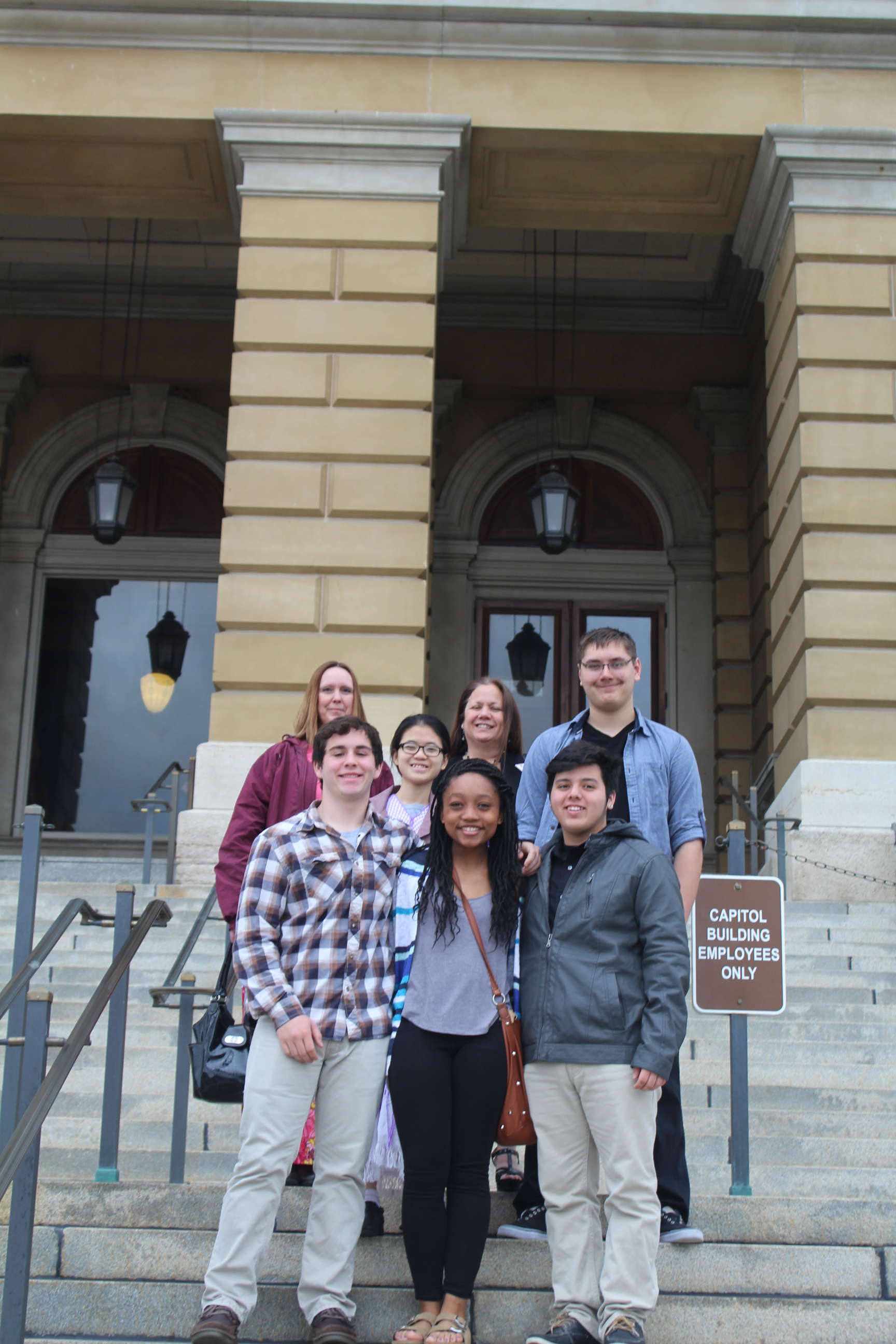 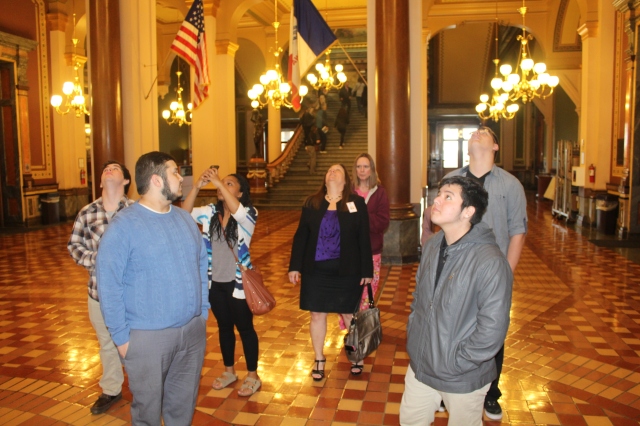