Posted on June 13, 2016 by marshalltownschools 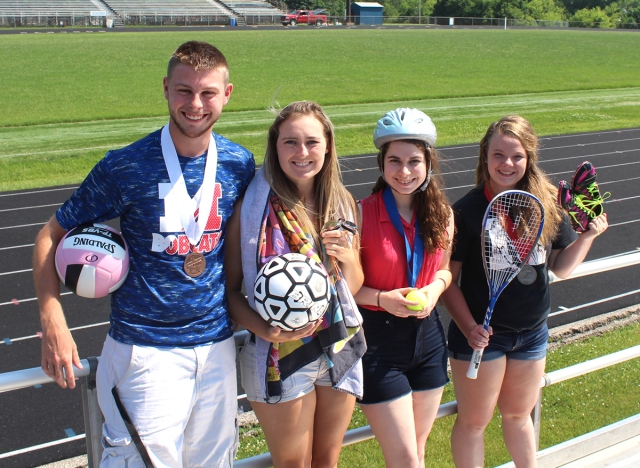 THIS EVENT HAS BEEN CANCELLED DUE TO LOW NUMBER OF REGISTRATIONS

Olympic fever will hit Marshalltown prior to the Summer Olympics in Rio this year.

A group of Marshalltown High School Student Senate members are organizing the Marshalltown Community Summer Olympic Games from July 22- 24. All ages and skill levels are invited to these events, which will include community members competing for medals and for fun.

“It will be fun and family-friendly and a type of event that we haven’t had in Marshalltown for a lot of years,” said Morgan Van Staalduine, senior class president at MHS who came up with this idea and leads this effort.

The group said this is a way to get the Student Senate more involved in the community and not just the school.

“Student Senate has not been involved in the community as much as we would like to be,” said Isabella Pedersen.

Proceeds from the events will go to help fund clubs at MHS and toward a yet-to-be determined community project. The group is also looking for volunteers for the events.