Posted on October 14, 2016 by marshalltownschools 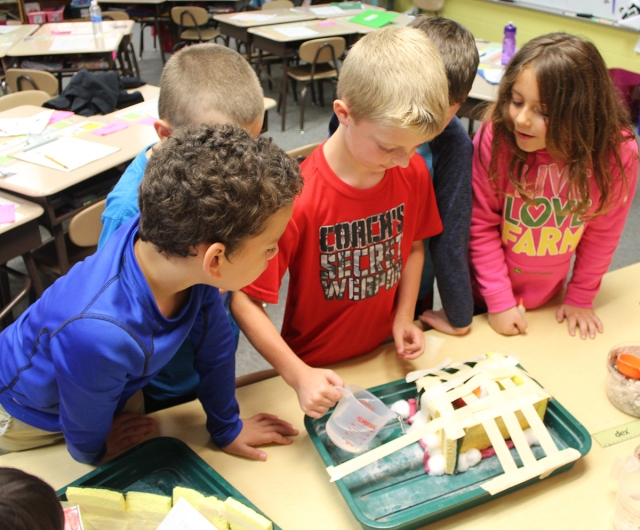 Franklin Elementary School second grader Camden Roe pours water to see if his group’s house project can be protected from flooding during a science project at the school on October 14.

Students in the second grade class taught by Kate Pimlott at Franklin Elementary School took on a special science project on October 14.

The students built small houses and were given supplies to see how they could protect the houses from water in a small plastic tray.

The students used items such as sponges, cotton balls and marshmallows as part of the project.

“What I like about this is that they’re excited,” Pimlott said.

The teacher also liked that she saw students talking over potential issues with the project and using trial and error just like scientists.

After the project was over, the students wrote down what they observed and the conclusions they reached on their project.

As they completed this project, the class also learned about the recent flooding in the Cedar Rapids area. 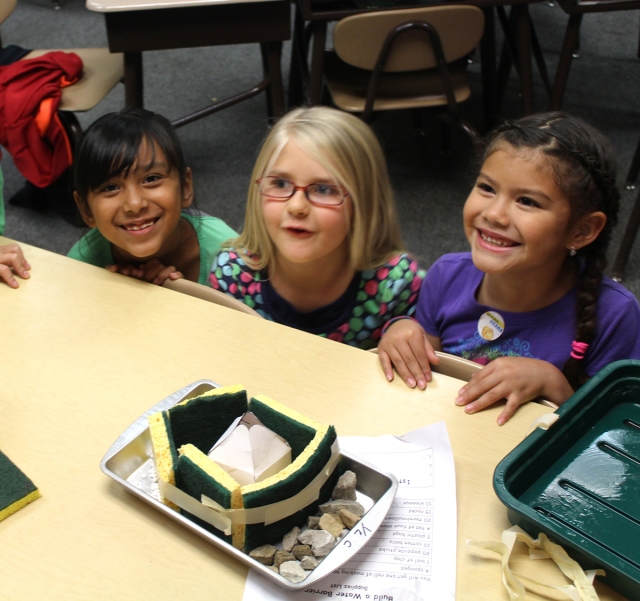