Miller classroom has students bouncing in their seats

Posted on December 7, 2016 by marshalltownschools 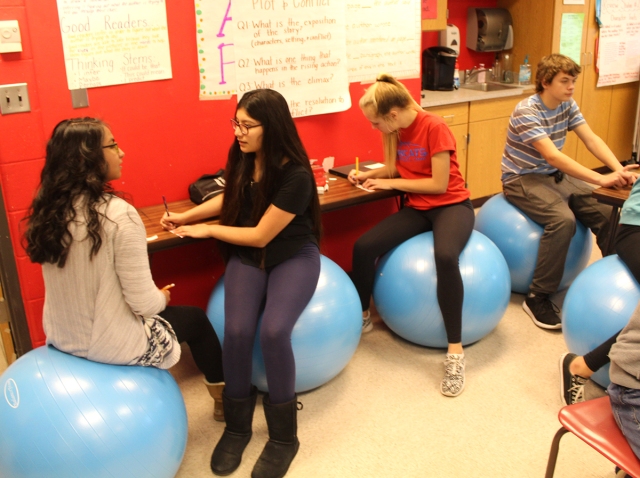 Students in the 8th grade literature classroom of Shea Hill at Miller Middle School are pictured on yoga stability ball seating, which was put in place in the classroom before Thanksgiving.

Bouncing in your seat is the point in the classroom of Miller Middle School literature teacher Shea Hill.

Hill received a Donors Choose grant of $380 to purchase yoga stability balls to use as seating in her classroom. The balls arrived just before Thanksgiving.

Hill said these balls, which are a nationwide trend, allow many students to avoid daydreaming in class as it keeps them on alert. She said some students get bored sitting in a traditional chair all day and this allows them to fidget in a positive way. Students also say they help with their posture. 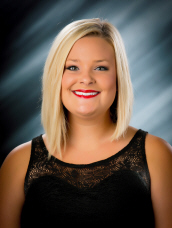 “They love them,” Hill said.

There are still traditional chairs for students who don’t want to use the stability balls and Hill said there have been some growing pains, such as the noises the balls make on the floors. Overall, she said it’s been a positive thing for her classroom.

Lindsey Roberts, who is also an 8th grade literature teacher at Miller, received a similar grant and purchased alternative seating as well for her classroom such as stools and also standing tables.