Posted on January 13, 2017 by marshalltownschools

A total of 133 Miller students competed in the qualifying rounds on January 12. The top 30 then took the stage at the auditorium and competed in nine rounds of spelling.

Stone correctly spelled words such estuary, gargantuan and turpitude on her way to victory. Wesley Kodis and Derek Peng were two others who placed in the top four of the finals. The event was hosted by teacher Lucas Johnson, who organized the bee along with teacher Christine Gilbertson.

“It was a great competition,” Gilbertson said. “I’m proud of the work of all of the students.”

Judges for the event were Miller staff Sammi Jo Luse, Shea Hill and Sarah Benscoter. Stone advances to the state spelling bee, which will be at Iowa State University in March. 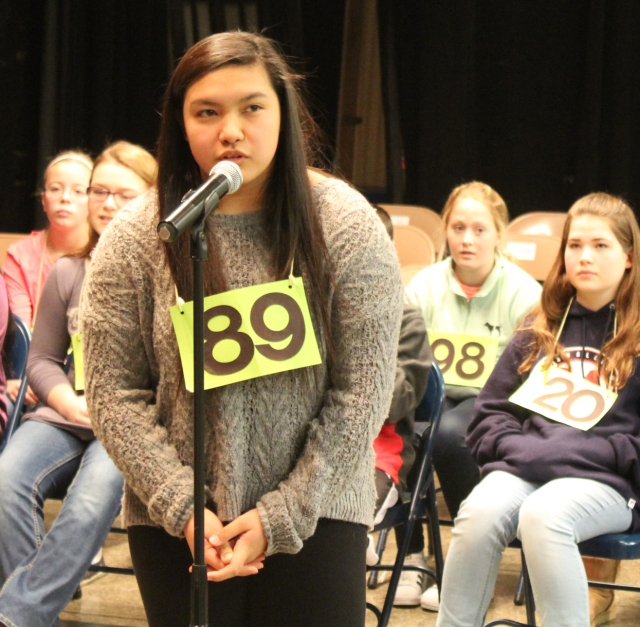 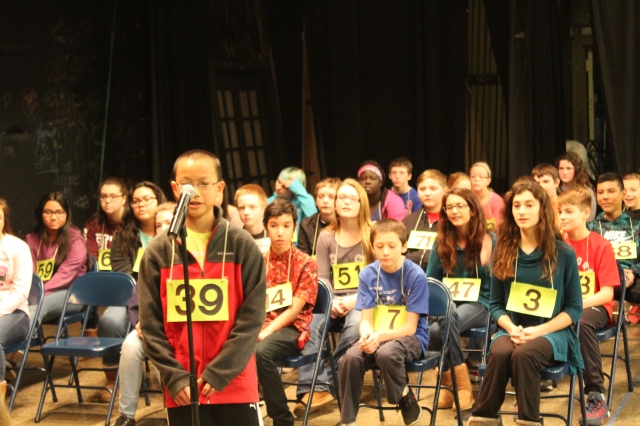 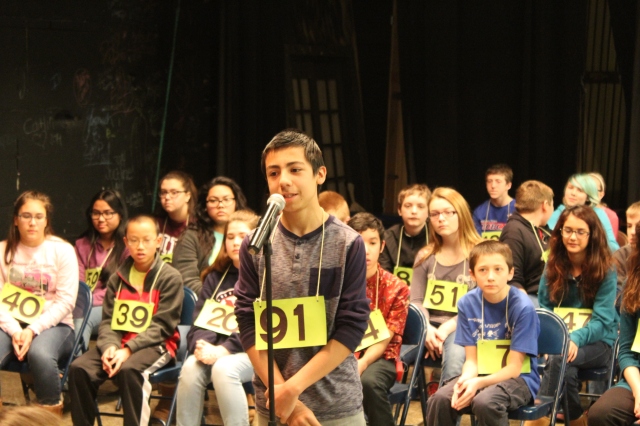 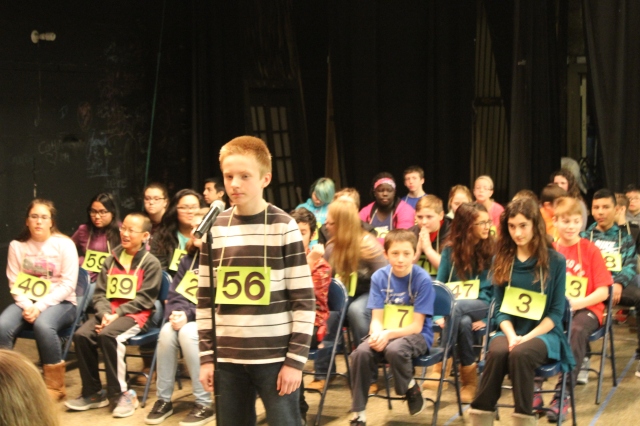 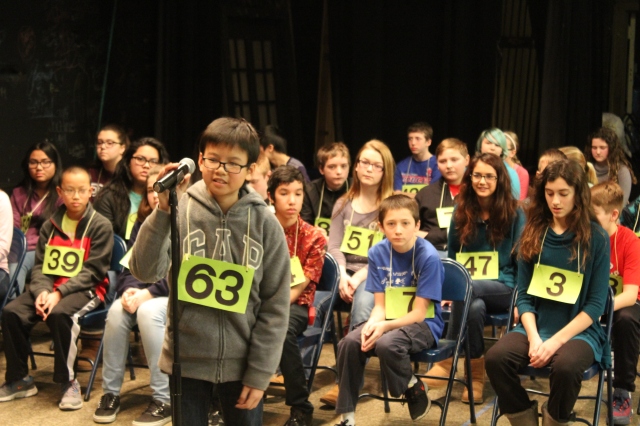 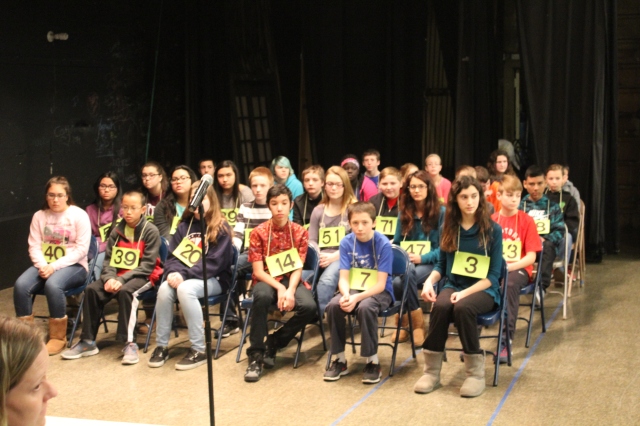 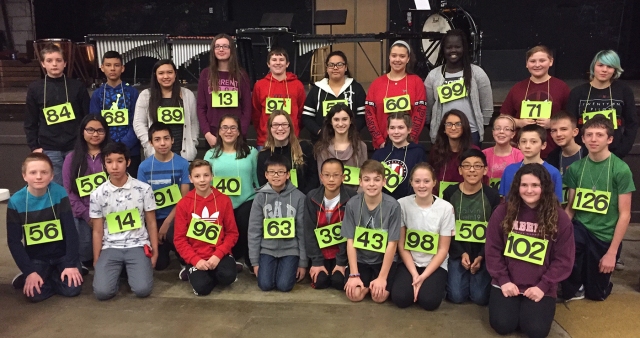