Posted on March 30, 2017 by marshalltownschools

Students from Lenihan Intermediate School, Miller Middle School and Marshalltown High School participated in the regional competition of National History Day in Pella on March 29.  Several students have qualified for the state contest in May.

Students competed in a variety of media such as papers, websites, documentaries and performances.

“All students of Marshalltown did very well, and we are proud of everything that they learned and accomplished throughout this process,” said Lenihan Extended Learning Program teacher Vanessa Engel. 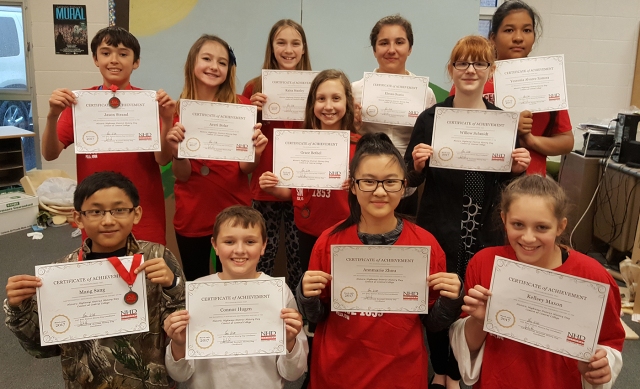 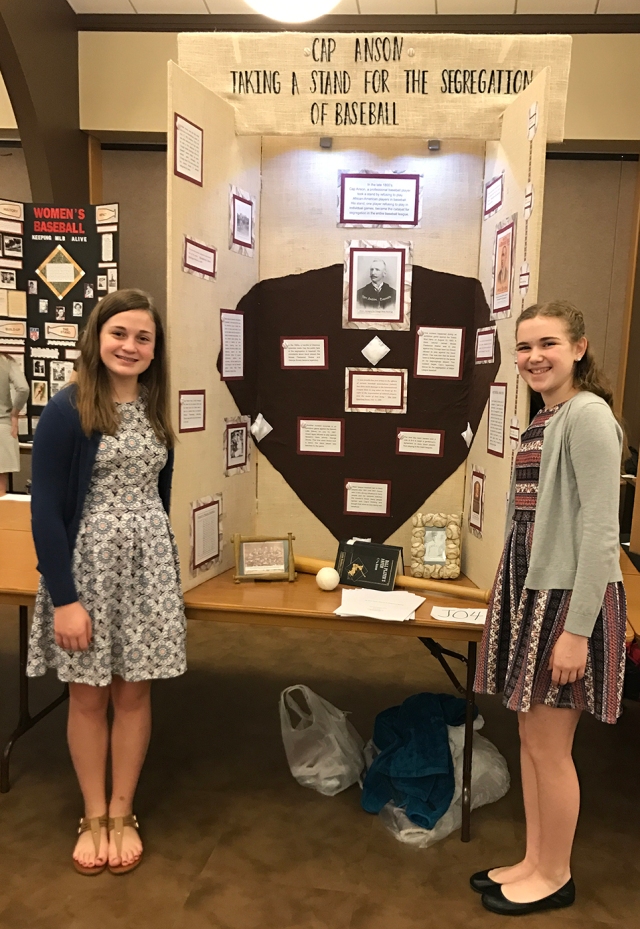 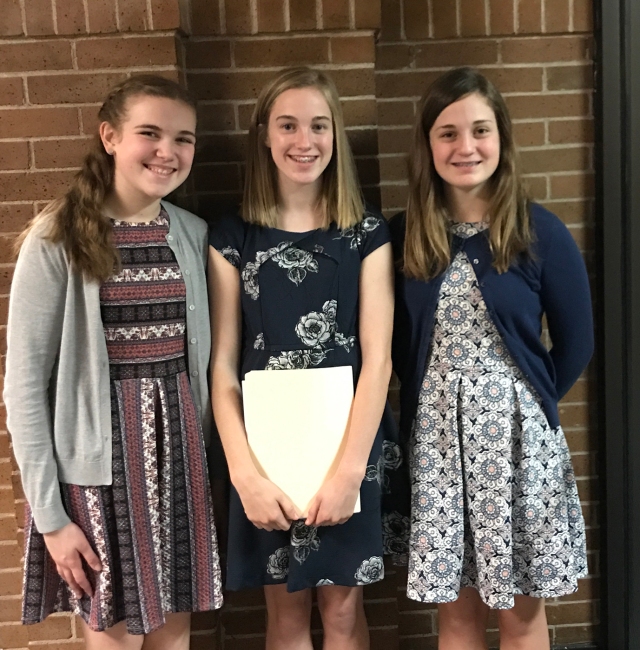 The two MHS entries placed in the top two of their category and will move on to the state contest.

The state contest will be held May 8 at the Iowa Events Center in Des Moines.

The Miller and MHS National History Day students will be presenting their projects at the Marshall County Historical Society for their “History on the Third Thursday” event at 6:30 p.m. on April 20. The public is welcome and encouraged to attend. 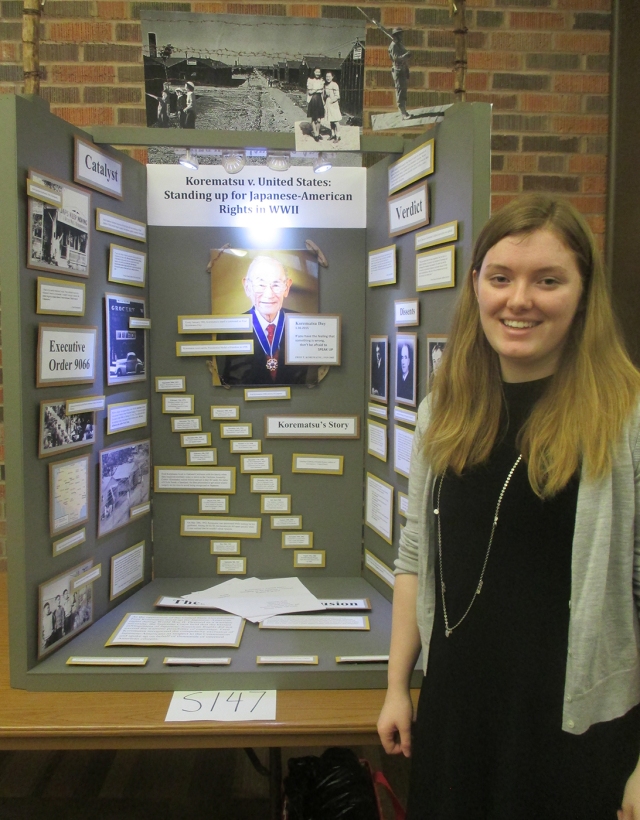 MHS student Jacqueline Wahl is pictured with her presentation on Korematsu. 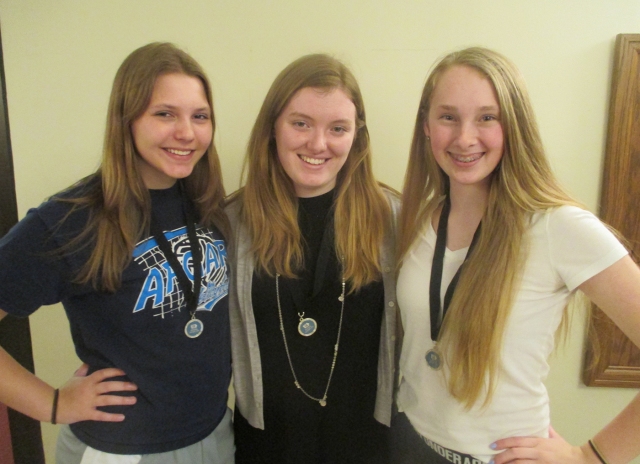