Posted on May 1, 2017 by marshalltownschools 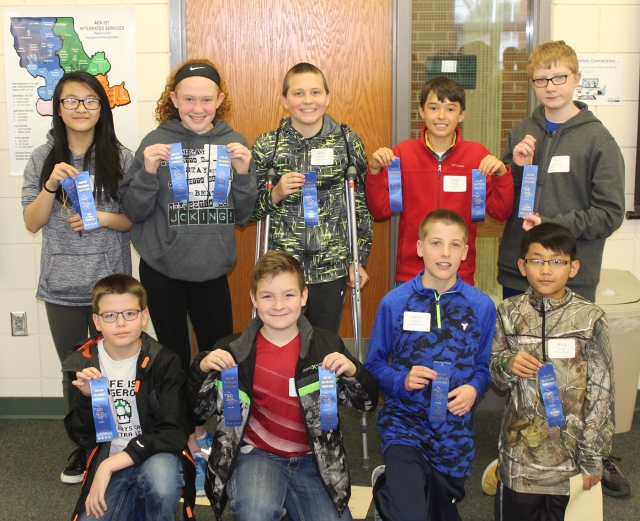 Several Lenihan Intermediate School students qualified for the state math bee after competing in the sixth grade regional math bee at the AEA 267 in Marshalltown on May 1.

Lenihan teams took third and fourth place in the event and also qualified individuals for the state bee, which is May 16 in Cedar Falls. Lenihan student Jason Strand was the top overall individual finisher among all students at the regional bee.

St. Francis had a team place first and BCLUW had a second place team as the top four teams qualified for state as well as the top 16 individuals.