Bored with board games? Not these Lenihan students

Posted on May 23, 2017 by marshalltownschools 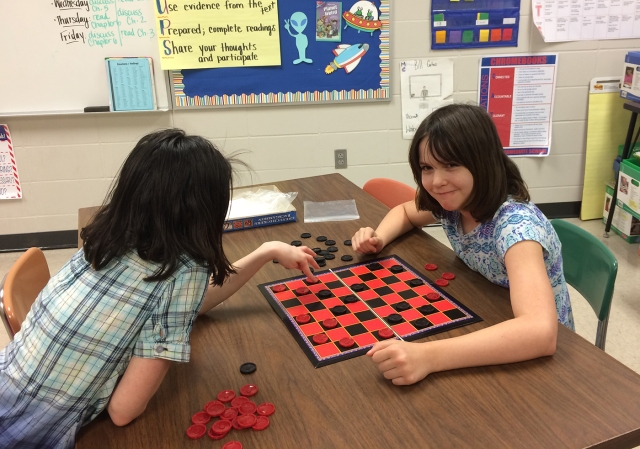 Amara DeLarme, left, and Natalie Davis play checkers at Lenihan Intermediate School. The school started a board game group that meets after school on Tuesdays, which helps build positive relationships among students.

For evidence, look no further than a board game group, which has met after school on Tuesdays at Lenihan Intermediate School since November. Started by Lenihan staff members Joan Furjanic, Bianca Hernandez and Elizabeth Luttrell, the group has met for 30 minutes weekly to help build positive relationships among students.

“Our students love coming each week,” Furjanic said. “Students like to have the opportunity to socialize with others who are in other grades and other neighborhoods within Lenihan.”

Furjanic said games such as checkers, UNO and Bounce-Off Blow-Out have been the most popular.

“Next year we are hoping to expand the group to include more students,” Furjanic said. 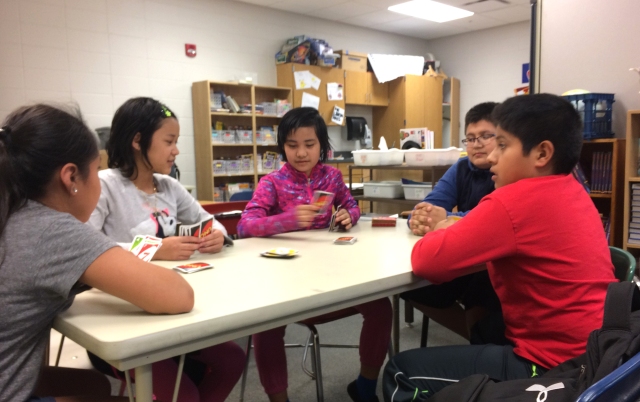