Posted on August 31, 2017 by marshalltownschools 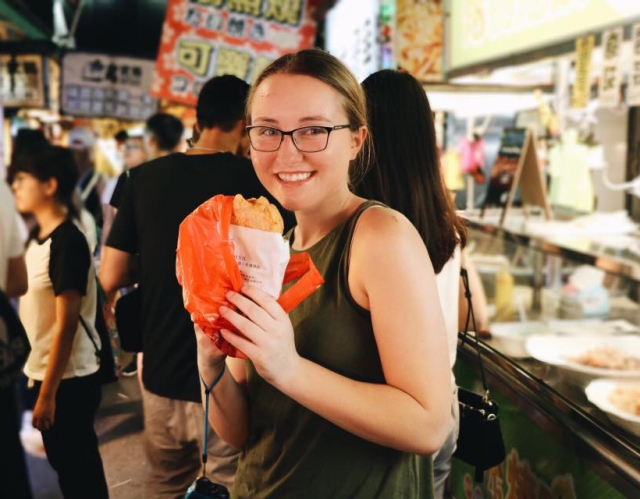 Ashley Harris is pictured sampling some chicken at a night market in Taiwan this summer. The 2015 Marshalltown High School graduate participated in a study abroad program through Iowa State University in Taipei. She is a chemical engineering major at ISU.

To say the summer of 2017 was an adventure for Ashley Harris would be an understatement. But the adventure is far from over.

The 2015 Marshalltown High School graduate travelled to Taiwan as part of a study abroad program through Iowa State University this summer.

She is a chemical engineering major at ISU and her studies during her two months in Taiwan focused on helping a professor at Tatung University in Taipei with biodiesel fuel research. A side benefit was being able to sharpen her Mandarin Chinese language skills, which is one of her minors at ISU.

“I really like that I was able to overlap my major and my minor,” Harris said.

While in Taiwan, she also was able to soak in the culture and called it an “eye-opening” experience all the way down to the bamboo mat she used as a mattress in her dormitory.

“I love being able to open myself up to new things,” Harris said. “Learning different customs is a growing experience for me.”

Sister Cities Program
It’s not her first time that far from home as she also was a part of the Sister Cities journey with others from Marshalltown to Minami Alps, Japan in 2011. That visit occurred the summer before her freshman year at MHS. She was able to see the host family she stayed with then again this summer as part of her trip.

“To be able to go abroad at such a young age, that’s a good kick start right away,” Harris said.

Her time at MHS
From the Extended Learning Program to engineering classes through Project Lead the Way at MHS, Harris said the high school experience prepared her well for college. It even led her to figure out her passion, thanks to the teaching of MHS chemistry teacher Stephen Frese.

“He really led me to chemical engineering and helped me enjoy it,” Harris said of Frese. “He worked us hard.”

Experiencing the diverse student population at MHS also prepared her to be around a wide range of cultures.
‘That was very cool for me to grow up with that diversity,” Harris said.

Through the high school’s dual credit opportunities, as part of a partnership with Marshalltown Community College, Harris was able to earn 33 college credits before graduating from MHS.

“Because she loves to learn and take on challenges, she’s going to have a successful career,” Fritzell said.

Overall, Harris said she had “a lot of great experiences academically” in Marshalltown Schools and she also was a state qualifier in golf during her time as a Bobcat.

“I definitely appreciate the opportunity I was given in Marshalltown,” she said.

What’s next?
For this next school year, Harris is once again hopping on a plane and this time landing in Shanghai, China. She will take a full course load on the Mandarin language as part of a scholarship program through the Chinese Consulate in Chicago.

“It’s one of those opportunities I could not turn down,” she said.

After her school year in China, she then figures she will have two more years left at Iowa State in chemical engineering. With a chemical engineering degree in hand and her grasp of Mandarin, she said she looks forward to where that can take her after graduation. 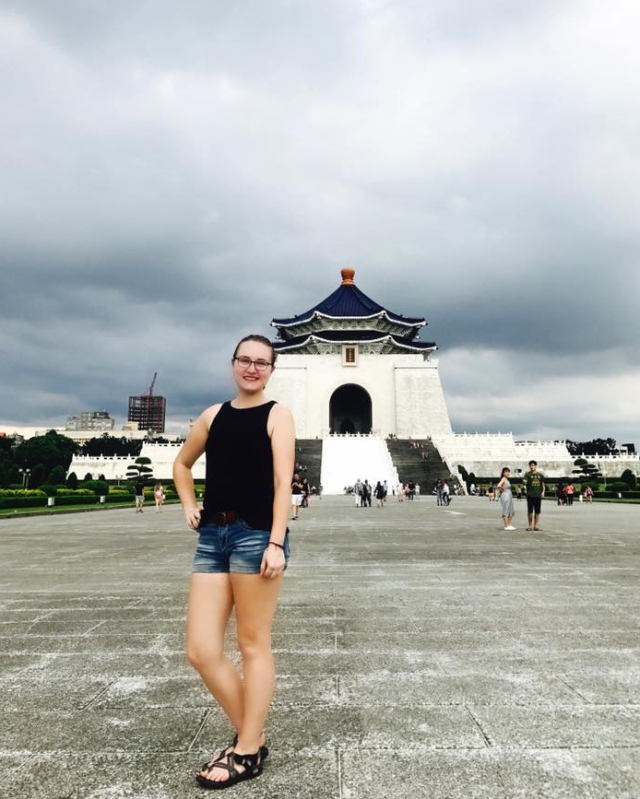 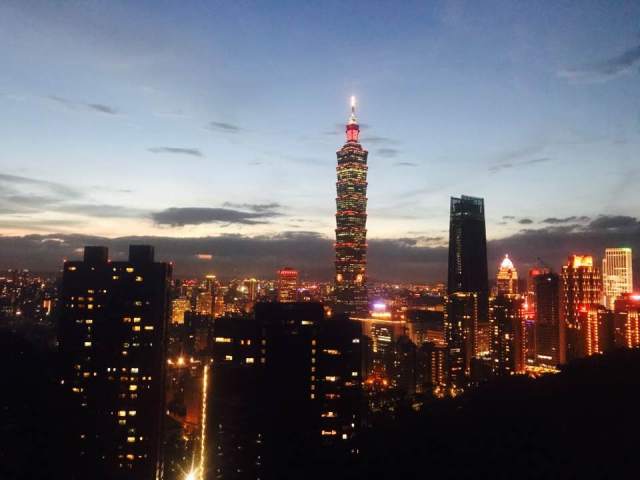 Taipei, Taiwan at night as photographed by Ashley Harris.