Posted on October 11, 2017 by marshalltownschools

Ten Marshalltown High School students were inducted in the National French Honor Society known as “Societe Honoraire de Francais” (SHF) during a ceremony held in the team room of the MHS Roundhouse on October 10.

The French program at MHS is led by instructor Naomi Musal, who has been instrumental in getting the French Club active again, including sponsoring this charter French Honor Society.

“French continues to be a global language and can provide students more opportunities after graduation,” Musal said. “Opening SHF is one way to promote language study over students’ high school careers,” 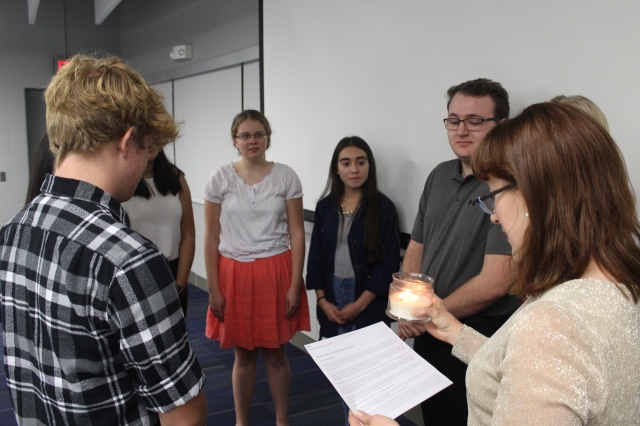 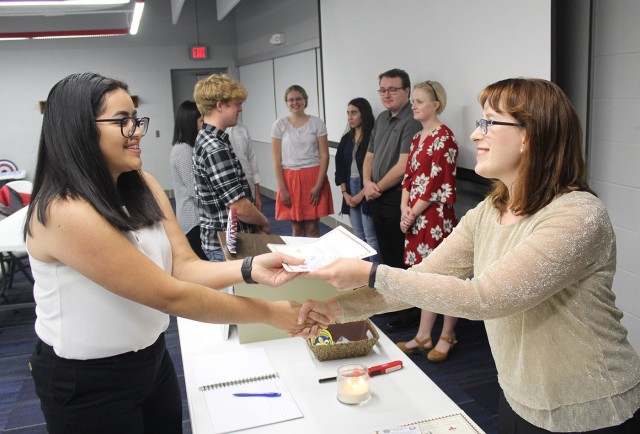 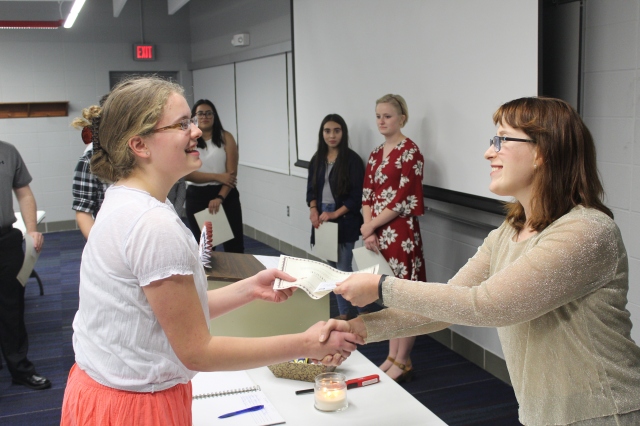