Posted on October 31, 2017 by marshalltownschools

University of Northern Iowa President Mark Nook spoke to a group of juniors and seniors at Marshalltown High School on October 31.

Nook, who has been on the job since February 1, 2017, focused his presentation on the importance of attaining education beyond high school, getting involved in activities and opportunities at UNI. 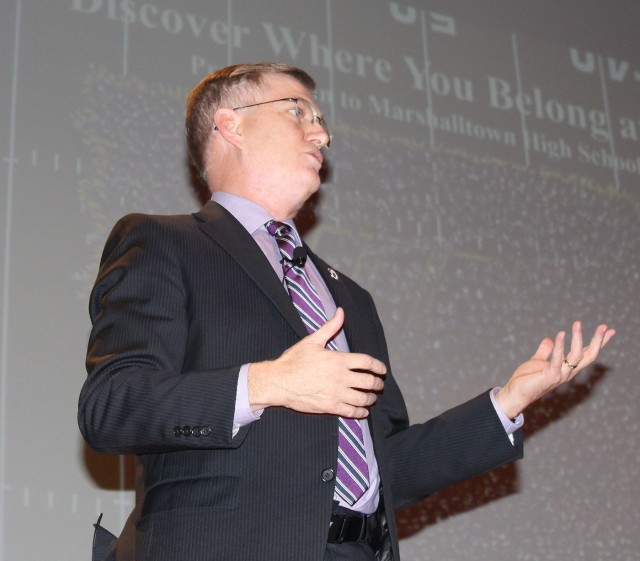 Though he owns a physics degree, Nook said the education he received helps him in his job as a university president. He stressed the importance of going to college to get an overall education, not just a degree.

While having a degree and a high grade point average in college are nice, Nook said it’s just as important to get involved as a college student.

(Graduates) are hired because they get involved in a whole lot of other things,” he said.

Nook also showed a UNI promotional video and threw out UNI T-shirts to the students.