With college degree in hand, law school is next challenge

Posted on June 19, 2018 by marshalltownschools 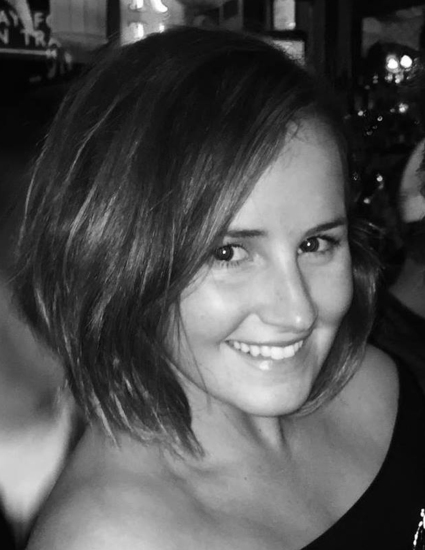 Chloe Kuehner, a 2014 Marshalltown High School graduate, recently graduated from the University of Nebraska Omaha. Next up is law school at Creighton University.

Chloe Kuehner doesn’t back away from a challenge.

After graduating from the University of Nebraska Omaha with a 3.99 grade point average and a degree in Communication and Media Studies this past May, she now plans to attend the School of Law at Creighton University, also in Omaha.

The daughter of Tim and Angie Kuehner graduated from Marshalltown High School in 2014.

She has yet to pinpoint what job she wants to zero in on after receiving that law degree, but hopes to somehow be able to help people in her career.

“I want to find something I’m passionate about and keep an open mind,” Kuehner said. “I think a law degree can be useful in quite a few different jobs.” 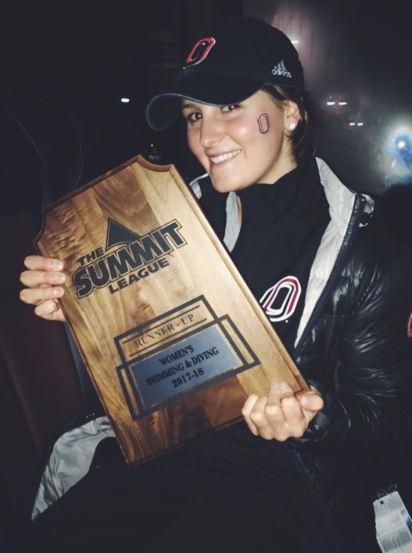 She received the 2018 School of Communication Outstanding Communications Studies Undergraduate Award while at UNO, while also participating on the UNO swim team for four years. She was a four-time state meet qualifier while swimming at Marshalltown High School before becoming a collegiate athlete in the pool.

“She was extremely dedicated to the sport and was a very hard worker,” Nelson said. “She spent many hours training and learning all she could about how to improve, how to gain an edge and how to excel –  just as she has in her young life with her other endeavors. She was a pleasure to coach, fun to watch develop as an athlete and a great example of hard work and desire equals success.”

Chloe also had a passion for writing at MHS, which was spurred on by writing for the student newspaper “Pebbles” and her English teachers at the school.

“It was a good foundation,” she said.

Kuehner also is very appreciative of being exposed to the diverse student population in Marshalltown.

“I think that really prepared me for what the world is really like,” Kuehner said. “It really expands your world.”

Chloe said she loves to come back to Marshalltown and attend her brother Tate’s baseball games and visit with the MHS staff who helped her along the way.

“They truly do care about you,” she said of the MHS staff.

She starts law school in mid-August and she is ready to keep learning.

“I’m excited for that next step,” Kuehner said.