JBS and UFCW donate $1,000 each to six Marshalltown elementary schools

Posted on March 6, 2019 by marshalltownschools 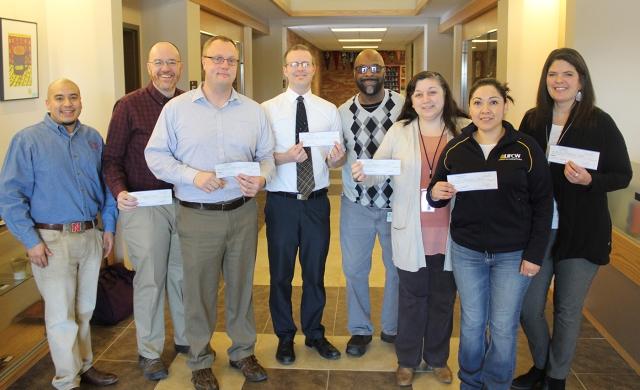 JBS and the United Food & Commercial Workers Local 1149 donated $1,000 to each of the six elementary schools in the Marshalltown Community School District on March 5.

Checks were presented to the principals of the schools by JBS and UFCW representatives. This is the third straight year that JBS and the UFCW have made these donations to the schools.

Mike Graves of the UFCW said it’s important for them to support the students and Niko Aguirre of JBS agreed.

“They’re the future so we’ve got to do our part,” Aguirre said.