Posted on June 11, 2019 by marshalltownschools 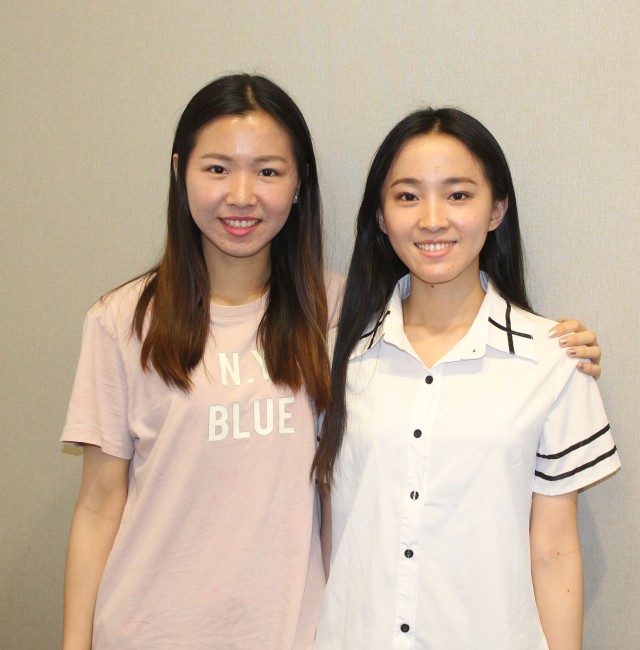 Pictured are twin sisters Hay Htu (left) and Hay Oo who are from Myanmar and speak Mandarin Chinese, Burmese and English. The pair graduated from Marshalltown High School on June 2.

When the state of Iowa instituted the Seal of Biliteracy to honor high school graduates fluent in two languages most probably would think that in the case of Marshalltown many students would receive the distinction in English and Spanish, which several did.

The recent Marshalltown High School graduates received the Seal of Biliteracy for being fluent in Mandarin Chinese and Burmese while also being proficient in English. So the pair of students are actually proficient in three languages.

“Most people are surprised that we speak Mandarin,” Hay Oo said.

The two arrived in Marshalltown with their family three years ago as immigrants from Myanmar. They have worked hard to improve their English skills, have achieved National Honor Society status and even made it to state in speech with a play that they wrote with their friends.

“They created a focused study group to work on skills, joined speech to work on speaking skills and they are driven and hard-working,” said MHS English teacher and speech coach Jocelyn Frohwein.

Hay Htu appreciates the patient and kind staff at MHS.

“They helped me grow and learn a lot,” Hay Htu said.

They also appreciated the diversity in Marshalltown as they made friends from several different countries including Ethiopia, Liberia, Cameroon, South Korea, Thailand, Mexico, the United States and others.

“Before I came here I thought people from different countries acted different, but actually it’s not,” Hay Oo said.

Hay Htu said: “we have learned more about people, other cultures and other religions.”

They became fluent in Mandarin as they attended a dual language school in Myanmar which taught Mandarin and Burmese. Both believe their fluency in multiple languages will be a benefit as they move onto college and then their careers.

Hay Htu is heading to Des Moines Area Community College to study nursing while Hay Oo will attend Iowa State University. Hay Oo hasn’t decided on a major yet, but says she has an interest in computer science.

The twins, who are accustomed to being together, will still plan to visit each other regularly even as they go to separate colleges. 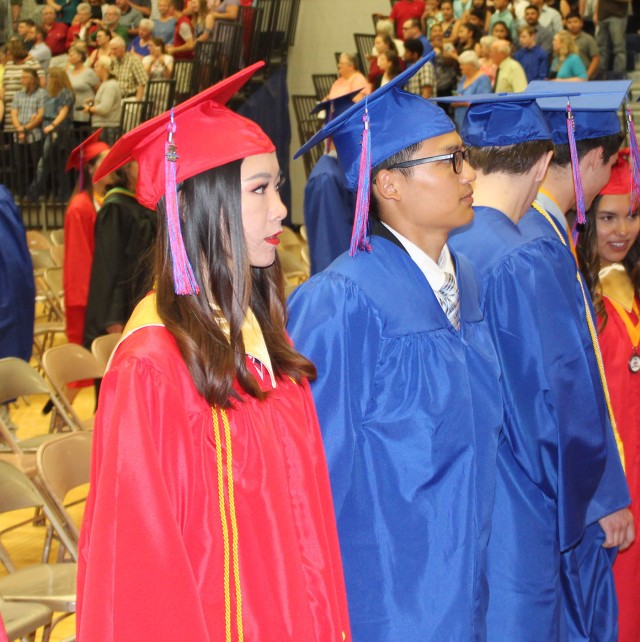 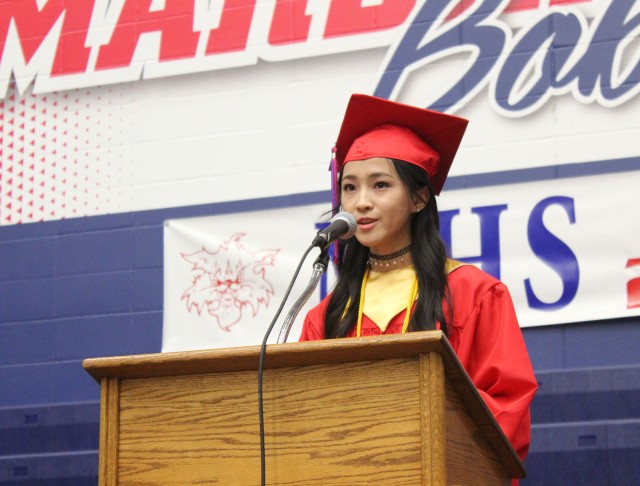 Hay Oo gives a greeting in Burmese to guests at the Marshalltown High School graduation on June 2.