Posted on July 12, 2019 by marshalltownschools

Stacy O’Hare sends her ball onto the green during the Marshalltown High School athletics fundraiser golf outing on June 13 at the American Legion Golf Course.

The event raised a record amount of more than $14,000 for MHS athletics and featured a record number of total golfers at 256.

“We would like to thank the sponsors and players for participating in this great community event,” said Tim Bell, retired MHS athletics director and committee chair for the event.

The overall winning team was the foursome of Kassy Vest, Brian Wilkie, Mike Younkin and Chad Weir with a 16 under par in the best shot tournament. Planning is underway for the 2020 athletics golf outing, which will be held in June.

For more photos from the event,
visit the MCSD Facebook Page. 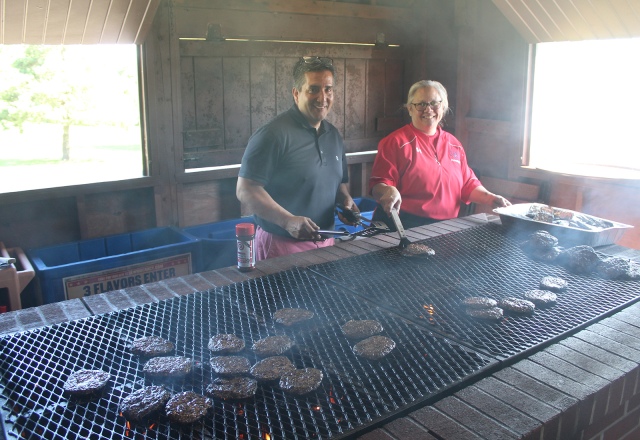 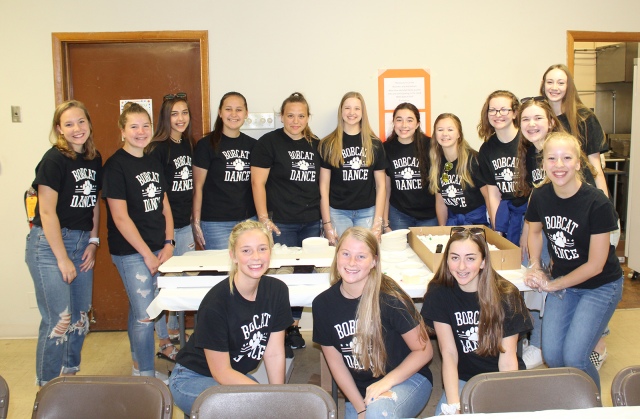 The MHS dance team served up the meal at the outing.

Jeff Nunn follows through with a drive during the event.

Pictured are the foursome of , from left, Drake Stalzer, Madi Stalzer, Duncan Ferch and John Stalzer.