Posted on July 19, 2019 by marshalltownschools 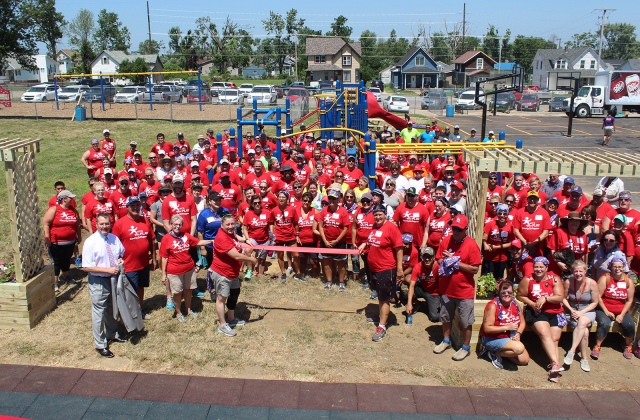 Volunteers gather for the ribbon cutting of the new playground at Woodbury Elementary School in Marshalltown. More than 300 people came together on July 19 for the community build project.

In less than five hours, more than 300 volunteers built a new playground at Woodbury Elementary School in Marshalltown. The community build project was a partnership between KaBOOM!, Keurig Dr. Pepper, Fareway Meat and Grocery and Marshalltown Schools.

Along with the new playground, maps of the U.S and world were painted, picnic tables were added and more.

The event was held on the one-year anniversary of the tornado that swept through Marshalltown and damaged many homes in the Woodbury school neighborhood.

View a video of the event below. 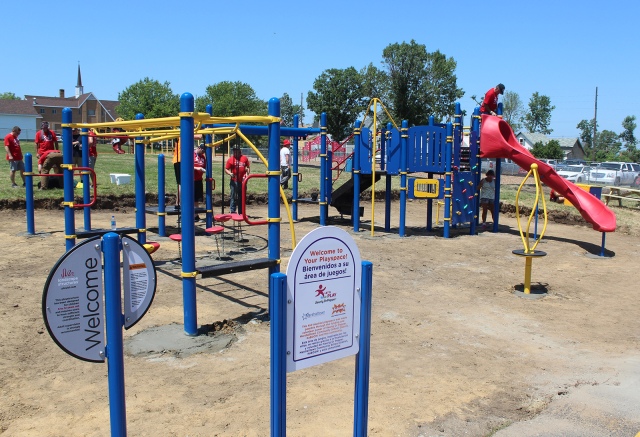