Posted on August 14, 2019 by marshalltownschools 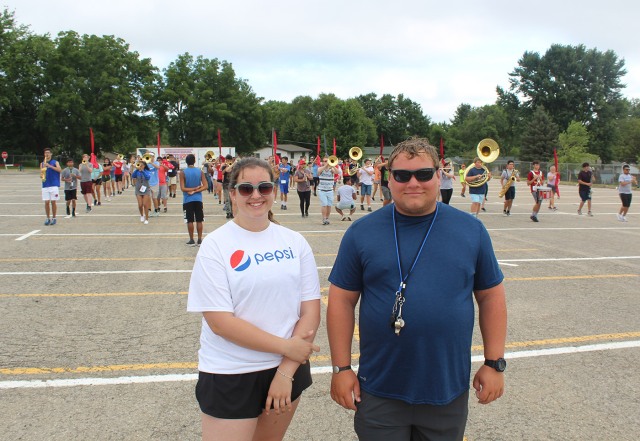 The two new drum majors of the Bobcat Marching Band are excited as band camp opened this week. Marshalltown High School junior Emily Manis and senior Caleb Jones have taken on the student leadership roles in the band this year.

Jones said he likes to help guide the younger members of the band.

Both said band camp is going well as the band not only prepares for the marching season, but also has bonding time before school starts.

“We make sure everybody has fun, while also playing their role,” Manis said.

Both said they are honored to continue the stellar tradition of the Bobcat Marching Band, which has received Division I ratings at the state marching band contest for 18 straight years.

This is a special school year to be leading the band as a big band trip to Orlando, Florida is planned for March 2020 to play at Disney World.

“It will be fun to take this group,” Jones said.