Posted on November 21, 2019 by marshalltownschools 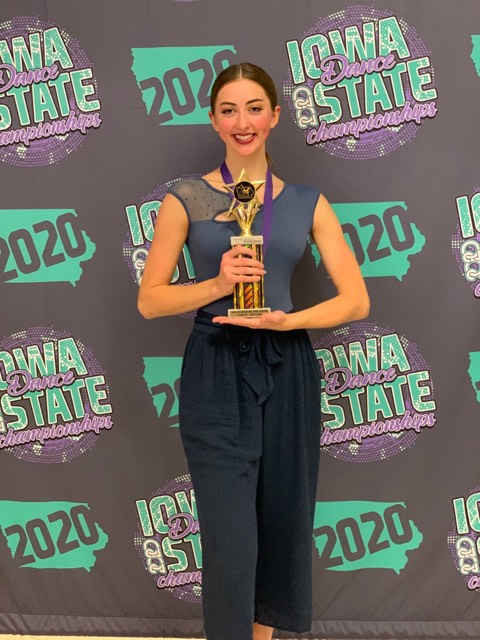 MHS Dance Team Captain Justice See stood out in the competition, taking home the second place overall award in Class IX for her performance. She is the first ever Bobcat to finish in the top five in the solo championships.

Fellow dance team soloists Carissa Stalzer, Makenna Dungan, Avery Case, Megan Sills and Samantha Snyder also represented Marshalltown Schools at the Nov. 2 competition. All of the soloists received Division I ratings and were among the 65 soloists from around the state performing in the championships.

Six MHS Dance Team soloists traveled to Newton earlier this month, all with Division I rankings. They were among 65 soloists from around the state competing in the 2020 ISDTA State Solo Championships. Pictured, from left: Carissa Stalzer, Makenna Dungan, Justice See, Avery Case, Megan Sills and Samantha Snyder.