Posted on December 23, 2019 by marshalltownschools 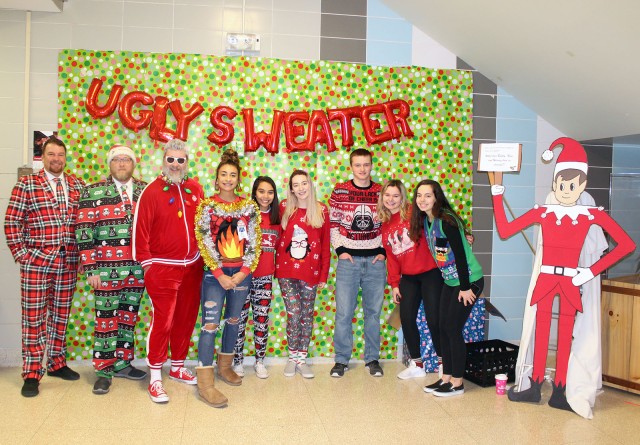 Winter break has come to Marshalltown Schools, and across the district students and staff took time to celebrate the season with ugly sweaters, gift-giving and charitable donations before classes ended for calendar year 2019.

Music is a big part of the holiday season, and hundreds of Marshalltown elementary school students spread cheer by singing to community members, including some of the most important workers in the Marshalltown community – public safety officials.

Marshalltown Police Chief Mike Tupper and Lt. Rick Bellile were joined by Marshalltown Fire Chief David Rierson at Hoglan Elementary Thursday morning for a rousing round of holiday music sung by hundreds of students in the school’s gym.

The three were then presented with holiday treats and kind letters from Hoglan students and staff.

Kindness Club students at Anson Elementary also took time to write letters and put together snack packs for police officers and firefighters. Officer Eric Siemens and firefighters Cody German and Alex Needham stopped by the school to greet the students and pick up the treats and cards for delivery to their departments.

Anson students also got out into the community Friday for caroling at the Marshalltown Hy-Vee store, bringing some holiday cheer before going home for break. 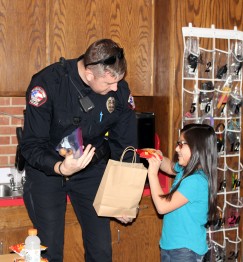 Each year, Marshalltown staff members take time and put in effort to bring some joy to local families in need during the holiday season.

This year was no different, with several Adopt-a-Family efforts in partnership with the Salvation Army of Marshalltown. Anson Elementary staff collected gifts for two local families and Central Office staff held a similar drive.

Several food drives took place at Marshalltown Schools in the month of December as well, including at Miller Middle School, Lenihan Intermediate School, Hoglan Elementary, and this one at Rogers Elementary, among others. 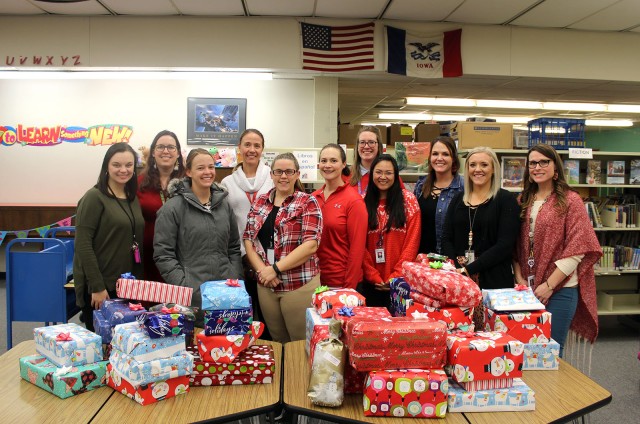 Anson Elementary staff were among the many district employees who gave to the Adopt-a-Family program this holiday season.

Bobcats all over Marshalltown had a bit of fun with the last day of classes before winter break Friday, donning colorful, “ugly” holiday sweaters and other festive garbs. Check them out below!

We at Marshalltown Community School District wish everyone happy holidays and a safe, fun, relaxing winter break. The break runs Monday, Dec. 23, 2019 to Friday, Jan. 3, 2020. We look forward to welcoming students back in the new year!