Posted on February 12, 2020 by marshalltownschools 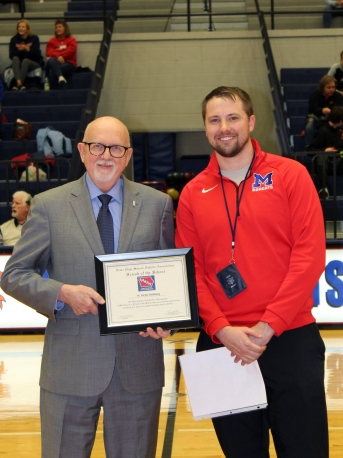 The Hellberg’s Jewelers owner was presented with an Iowa High School Athletic Association (IHSAA) Friend of the School award due to his outstanding support of high school activities.

“Vic Hellberg truly embodies the spirit of this award. He has been a friend of Marshalltown High School since his graduation in 1964. As a proud MHS alum, Vic has been generous with time, money, and resources,” said MHS Athletics/Activities Director Ryan Isgrig in his nomination letter for Hellberg. “Vic Hellberg is a man of service. He has the heart of a Bobcat and embodies the spirit of Bobcat Pride. Vic is Marshalltown Strong. Vic is truly a friend of our school.”

Hellberg has contributed time and resources to various MHS activities for decades. He has helped film basketball and football games, operated the scoreboard and clock for basketball games, and has been an active booster club member, as well as a hardworking Marshalltown community member and business owner.

“It’s quite exhilarating. That’s really something, it’s a really nice honor,” Hellberg said after receiving the award during halftime of Tuesday’s boys basketball game at the Roundhouse.

The IHSAA’s Friend of the School award allows school districts to honor those in the community who consistently support school activities. 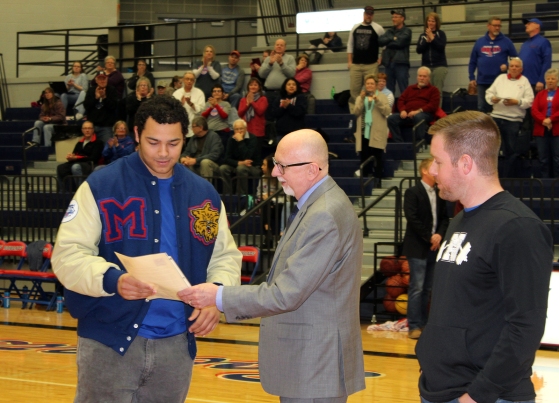 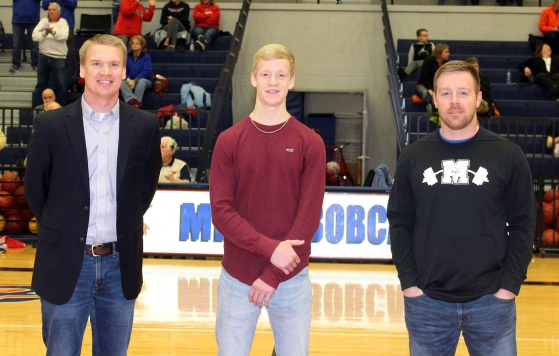