Veterans make presentations in schools, students honor those who served

Posted on November 11, 2016 by marshalltownschools 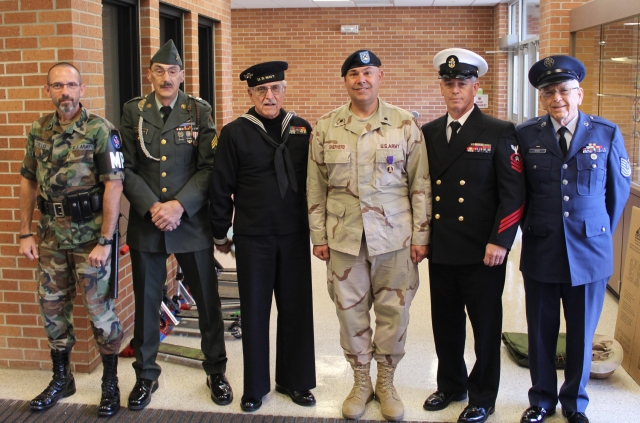 Lenihan
Lenihan Intermediate School hosted presentations by six veterans on November 11 (Veterans Day) including two Lenihan staff members – special education teacher Matt Tullis (U.S. Army Military Police) and custodian Roger Johnson (U.S. Army).
Other presenters who have served their country were Bob Grimes (U.S. Air Force), his son, Jeff Grimes (U.S. Navy and Marines), Russell Rosenberger (U.S. Navy) and Rob Shepherd (U.S. Army National Guard, Purple Heart recipient).
The group talked about their time in the military and answered questions from the students. Tullis told the students there are ways to serve their country without being in the military, such as helping others and being kind.
The students provided the veterans with thank you cards and the veterans gave a flag to each student. 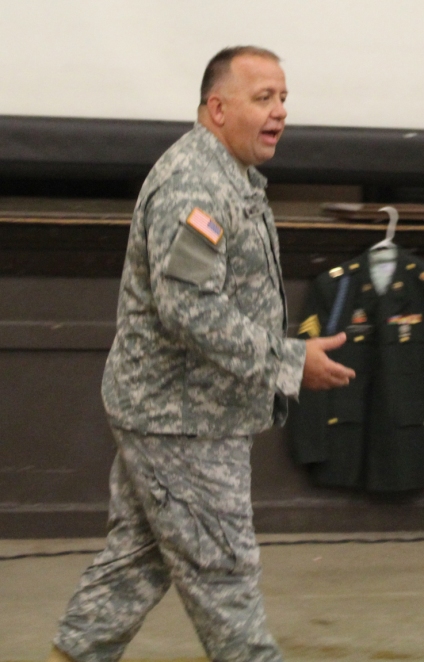 Miller Middle School
Miller social studies teacher and Army and Marine veteran Brett Comegys presented to the seventh grade class throughout the day on November 11. Comegys explained what life was like in the military.
Comegys said Veterans Day is “about remembering people who sacrificed themselves.”
He encouraged the students that anytime they see a veteran, especially those who are elderly, to thank them for their service.

Miller placemats
Students in social studies classes at Miller made 700 placemats as thank you cards for veterans. They were delivered to the Iowa Veterans home to be used for their lunch on November 11. 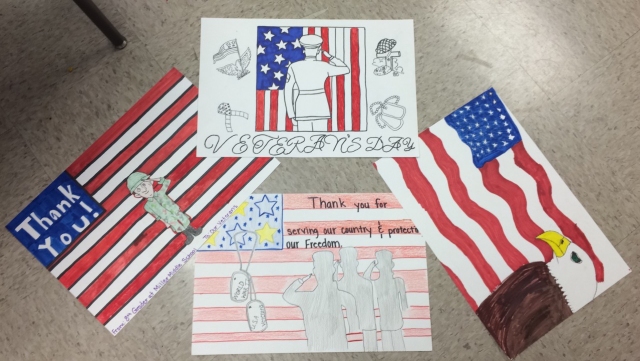 Placemats made by Miller students for veterans at the Iowa Veterans Home. 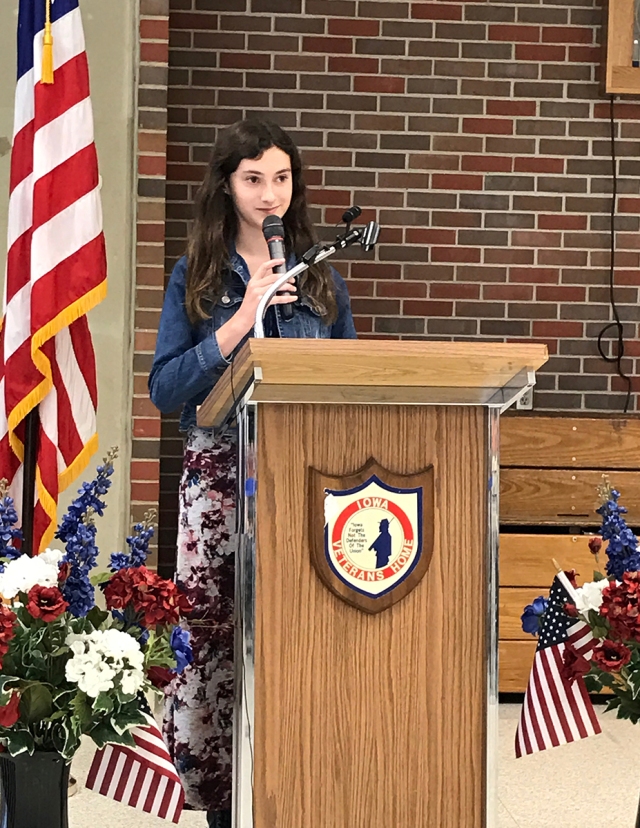 Thank You
By: Alivia Eaton

You could be a husband,
A son, a wife, a daughter,
You very well could be,
A mother or a father,
I may not know who you are,
Or what you fought for,
Or why,
All I know 100 percent,
Is that filled with bravery,
Out you went,
You fought for what you held dear,
While we sat in our rooms cowering in fear,
You fought hard,
You didn’t flee
And I can’t imagine where we’d be,
If it weren’t for you,
I honor and I thank you,
I’ll shout it out loud, proud, clear, and true,
I believe I speak for everyone,
When I say,
Thank you.