Posted on September 8, 2017 by marshalltownschools

Students crowd around Lenihan teacher Marki Allensworth on Friday as they donate in a penny war to help victims of Hurricane Harvey. Lenihan raised $1,000 this week for hurricane victims.

Lenihan Intermediate School students collected more than $1,000 as part of the penny war at the school to donate to a school in Houston affected by Hurricane Harvey.

Many of the students have seen the hurricane coverage on the news and wondered how they could help. That sparked the idea of a penny war between different classes in the school going against each other to see which one could raise the most money.

“It’s a good team-building and leadership activity and it’s fun,” said Lenihan teacher Kate Niedermann, one of the organizers of the project. “It also makes the hurricane more real to them.”

The money will be donated to Wilson Intermediate School in Houston, which is located in a school district that current Lenihan teacher Joan Furjanic worked at previously.

“My friend at Wilson said they have some students who have nothing left,” Furjanic said. 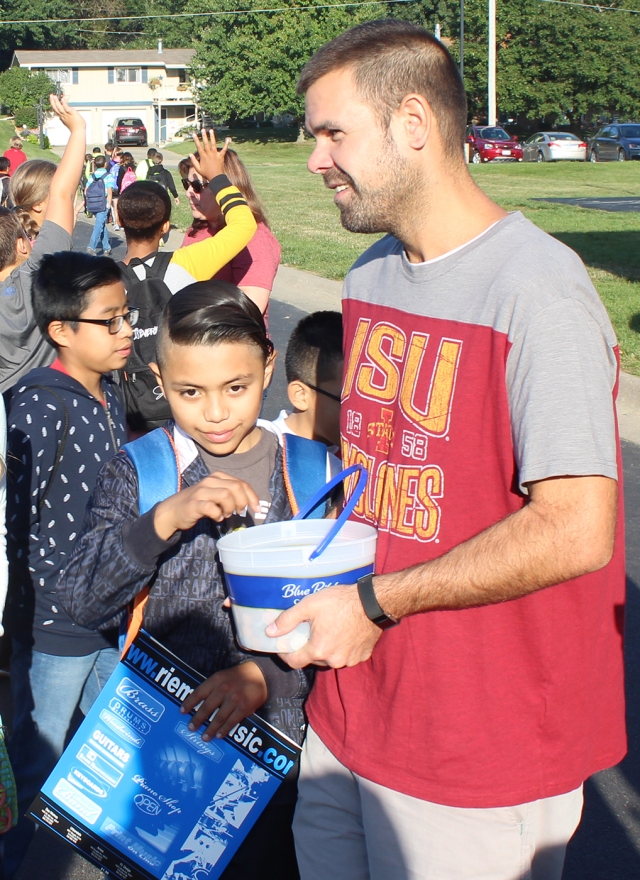 Lenihan teacher Brandon Goldman accepts some change for the effort.