Posted on September 8, 2017 by marshalltownschools 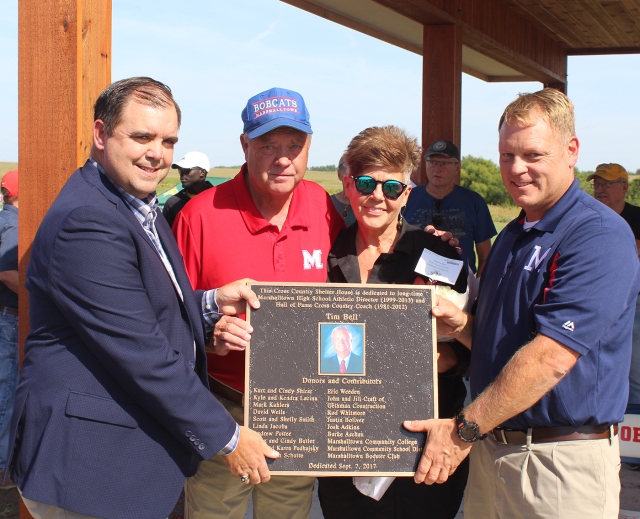 A new shelter house for cross country on the campus of Marshalltown Community College was dedicated in honor of Tim Bell on September 7, 2017. Bell is a legendary Bobcat coach and athletic director.

Bell worked for Marshalltown Schools for 35 years before retiring in 2013. He spent 12 years as a junior high health teacher, nine years as high school assistant principal, and 14 years as athletic director.

He coached boys cross country for 32 years, as well as 9th grade boys basketball, high school girls track and junior high track. Bell coached 541 different cross country runners in his 32 years as coach, which is the longest tenure of any head coach of any sport in MHS history.

Bell’s family as well as many of his former cross country runners attended the event as did many other members of the public. Also recognized at the event was MHS staff member Eric Weeden, who led the project, and the donors who contributed to get the shelter built. 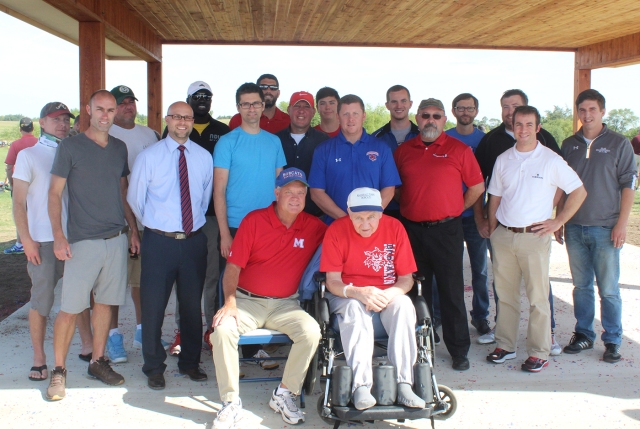