Posted on December 6, 2017 by marshalltownschools 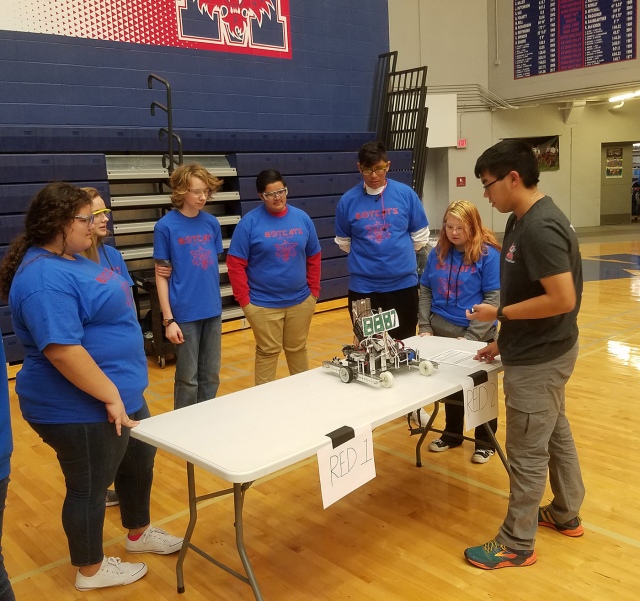 Team members on the Marshalltown High School robotics team known as the Botcats talk about their robot to a judge at the competition held on December 2 in the MHS Roundhouse.

The Marshalltown High School FIRST Robotics team, the Botcats, competed in its first league meet of the year at the MHS Roundhouse on December 2. Seven other total teams participated as well from Ankeny, Nevada, Bondurant, Collins-Maxwell and Newton.

“We placed fifth out of eight teams, but earned points that will help us in the league tournament in January,” said MHS teacher Mike Lazere, who coaches the team along with Emerson engineer Yan Qiu.

FIRST is a national robotics program started by inventor and engineer Dean Kamen. Students build robots that must complete a number of tasks, both autonomously and with a driver.  The MHS Botcats now prepare for meets on December 16 at West Des Moines Valley High School and January  6 in Ankeny.

“We are still fundraising to cover the cost of transportation to meets and to purchase supplies for the robot,” Lazere said. 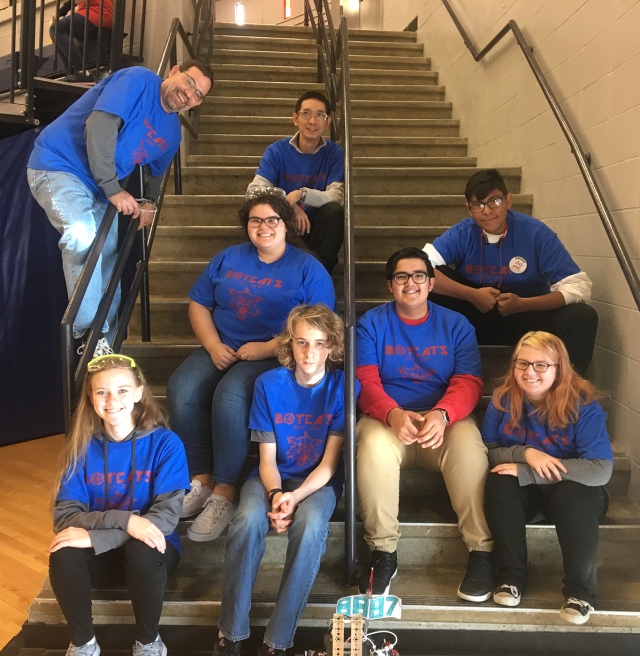