Posted on October 9, 2018 by marshalltownschools

Stet Sanborn said it’s important to never stop learning. His can-do, positive attitude and a thirst for knowledge has led him to be named a recipient of the Consulting-Specifying Engineer magazine 40 under 40 award for 2018.

Sanborn, who is a 1999 Marshalltown High School graduate, is Principal of Engineering in the San Francisco office of SmithGroup.

“I’m humbled to be among a really great group of exceptional engineers from around the country,” Sanborn said. “It really shows the strength of committing to deliver high-quality work with a friendly attitude and being able to team up with some truly amazing clients.”

SmithGroup is an international firm specializing in architecture, engineering and design. Sanborn said he has always enjoyed hands-on projects and figuring out how things worked. Considering he also enjoys math and science, his path to engineering was evident. He said his time at Marshalltown High School helped propel him into continued learning.

“MHS let me combine my love for art, design, music and drama with the freedom to take advanced AP classes in math and science through MCC,” he said. “I was also able to take four years of drafting/CAD/CAM classes, which set me up to be ahead of the curve when I got to the engineering program at Kettering University. I had a great time in high school.”

Sanborn received a bachelor’s degree in mechanical engineering from Kettering and a master’s degree in architecture from the University of California, Berkeley. He is the son of LaVonne and Arlo Hildahl, who still reside in Marshalltown.

The 38-year-old Oakland resident has advice for others looking to travel a route to success.

“Keep learning,” Sanborn said. “It sounds really cliché, but continuing to push yourself to build on your expertise and expand your skill sets is a sure fire way to succeed.” 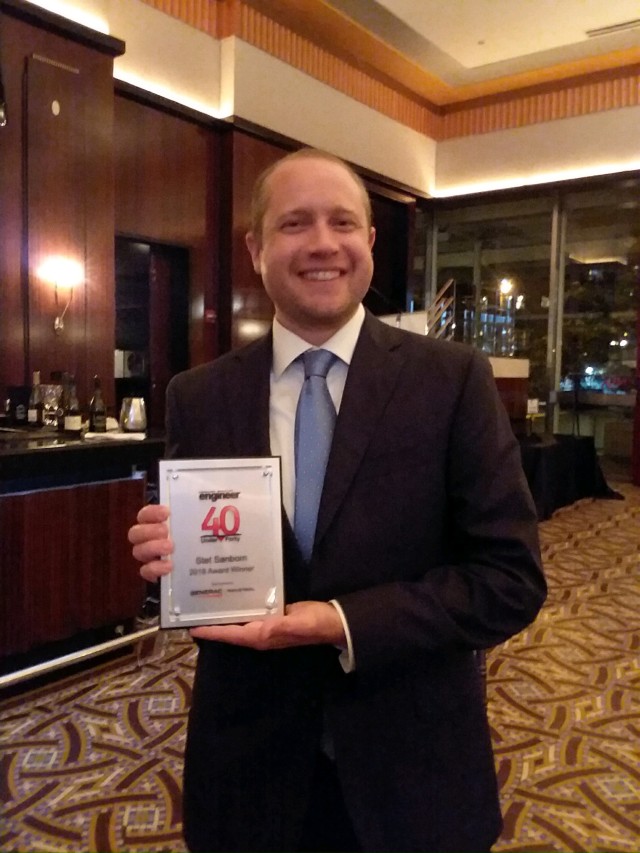 Stet Sanborn with his 40 under 40 award.