Families get up close with technology during Hoglan STEAM night

Posted on November 9, 2018 by marshalltownschools 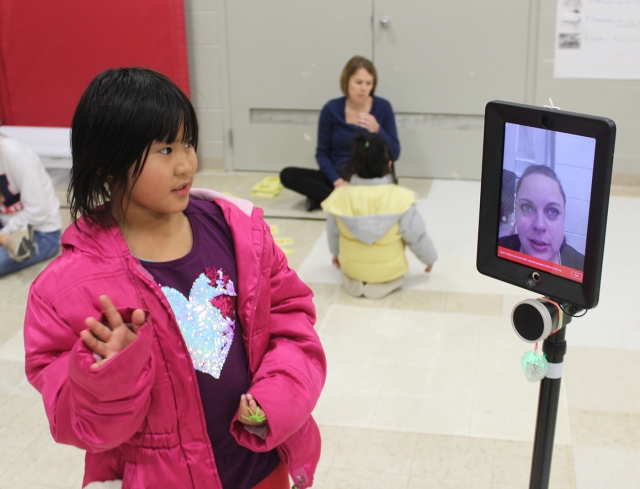 Hoglan Elementary School second grader Lily Basnet waves to a robotic version of teacher librarian Anne Sellers. The robot was on display as part of Hoglan’s STEAM night on November 8.

More than 400 people attended the first-ever Hoglan Elementary School STEAM Night held on November 8. The school was a flurry of activity as part of the Science, Technology, Engineering, Arts and Mathematics event.

The hands-on activities included robotics, computers, other technology and the arts.

The gym was the central location of the robotics displays, while the classrooms focused on the arts and other technology.

“The first STEAM Night at Hoglan was a huge success,” said Hoglan Principal Amy Williams. “Hoglan families had fun engaging in a variety of hands-on learning which involved beginning coding, creatively building, getting messy with art and using technology to make robots move.”